A major new report has found that the potential availability of Renewable Liquid Fuels (RLFs) in Europe and North America based on projected feedstocks will far outweigh potential demand by 2030.

The gap created means that there will be more than enough RLF to heat the UK’s 1.7m off-grid homes using heating oil, replacing the current fossil fuel and achieving a carbon saving of up to 88%. The research was conducted by Portland Analytics and commissioned by the UK and Ireland Fuel Distributors Association (UKIFDA) on behalf of the Future Ready Fuel campaign.

Ken Cronin, UKIFDA CEO, commented: “The industry has invested heavily in showing that Hydrotreated Vegetable Oil (HVO), the leading RLF currently available in this country, can replace the incumbent fossil fuel, kerosene, in domestic home heating systems with a small upfront investment by the householder of around £500.

“The conversion process takes less than one hour and results in a massive carbon saving of up to 88%. To complement technical work, UKIFDA set about demonstrating that there would be enough renewable liquid fuel from sustainable sources to cover the total demand – this report firmly confirms that to be the case.”

Paul Rose, OFTEC CEO, added: “We are now calling on government to urgently work with the industry to remove the remaining barrier to allow up to 1.7m “hard to treat” oil heated homes in the UK to decarbonise by extending the current RTFO system that reduces consumer prices for RLFs in transport and aviation to rural home heating.”

The UK domestic heating oil market can easily be accommodated within the overall requirement for renewable liquid fuels.

Fuels considered to conflict with demands for food and feed crop feedstock were excluded from the analysis.

Lifecycle green house gas emission reductions for renewable liquid fuels produced via the processes covered in this study vs conventional fuels range between 82% – 87%.

There is more than enough projected feedstock availability to meet renewable liquid fuel consumption requirements in Europe and North America.

At this stage it is unclear how quickly replacement renewable liquid fuels for oil heated homes can be rolled out in the UK. Determining factors include UK government policy and the extent of the penetration of heat pumps in the predominantly “hard to treat” rural housing stock currently on heating oil. A conservative estimate would be that 50% of homes could be converted by 2030, which matches the timescales of this study.

It is acknowledged that some of the technologies covered in the report require further development. However, the rapid growth in the HVO market should provide significant comfort. HVO production from 2013 to 2020 increased from 2.2m metric tonnes to 6.2m and forecasts suggest that European production of HVO is expected to increase to 11.30m tonnes by 2025 and in the USA to 12.6m tonnes. Total world production is expected to reach almost 30m tonnes by 2025 – 14 times that in 2013.

UKIFDA and OFTEC launched the HVO Demonstration Project in October 2021 with the aim of introducing the renewable liquid Fuel, HVO, into premises across the UK. The initiative followed a trial in 2020 across 20 homes, which demonstrated there were no technical limitations to using HVO as a direct ‘drop-in’ replacement for kerosene.

The first property was converted in November 2020 and since then nearly 150 have been converted across the UK, from Cornwall to the Scottish Highlands and have included residential properties, schools, churches, pubs and the buildings housing COP 26. To support this process, OFTEC and UKIFDA formed the Future Ready Fuel campaign to ensure that users of home heating oil can be more informed of the choices they have. More information can be found here: https://www.futurereadyfuel.info. 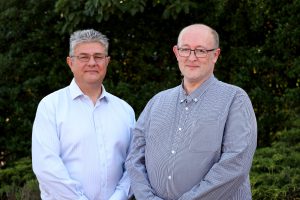 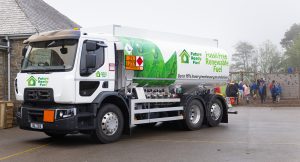 Photo caption: The Future Ready Fuel campaign was launched to raise awareness of the renewable liquid Fuel HVO to consumers on oil heating across the UK 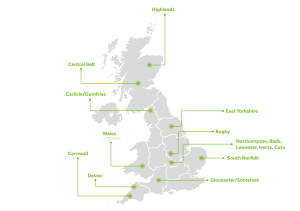 The removal of measures on imports of HVO from the USA

This website uses cookies to improve your experience while you navigate through the website. Out of these cookies, the cookies that are categorized as necessary are stored on your browser as they are essential for the working of basic functionalities of the website. We also use third-party cookies that help us analyze and understand how you use this website. These cookies will be stored in your browser only with your consent. You also have the option to opt-out of these cookies. But opting out of some of these cookies may have an effect on your browsing experience.
Necessary Always Enabled
Necessary cookies are absolutely essential for the website to function properly. This category only includes cookies that ensures basic functionalities and security features of the website. These cookies do not store any personal information.
Non-necessary
Any cookies that may not be particularly necessary for the website to function and is used specifically to collect user personal data via analytics, ads, other embedded contents are termed as non-necessary cookies. It is mandatory to procure user consent prior to running these cookies on your website.
SAVE & ACCEPT